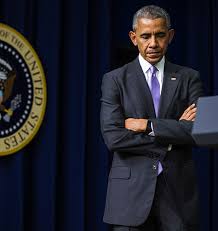 In the final hours of Barack Obama’s presidency, some White House officials reportedly raced to spread and preserve information about possible communications between associates of then-candidate Donald Trump and Russians.

The New York Times, citing former American officials, reported that these officials were concerned that the information they were gaining on the Russian meddling in the election and the possible campaign contact could be compromised with the new administration, and they wanted to set up any future investigation with the information.

According to The Times, after Obama asked for an investigation into Russian tampering into the elections, officials found some “damning” evidence.

A former intelligence official confirmed to Fox News that the Obama administration was determined to keep the Russian issue alive and data on Moscow’s election interference was circulated broadly.

The usual intelligence practice is to circulate assessments privately, but such was the gravity of Russia’s actions that there were two versions – one for the public to digest and the other classified, the former official said.