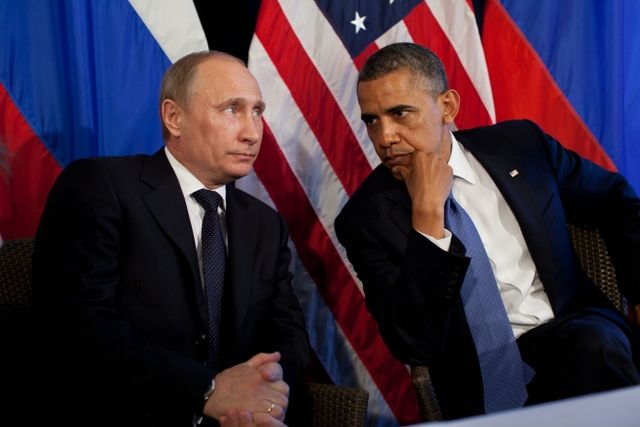 Voters give him a negative 39-55 percent rating on his handing of foreign policy, one of his lowest ever, and 80 percent of Americans are “very concerned” or “somewhat concerned” that the Ukraine situation could lead to a larger conflict with U.S. military involvement.