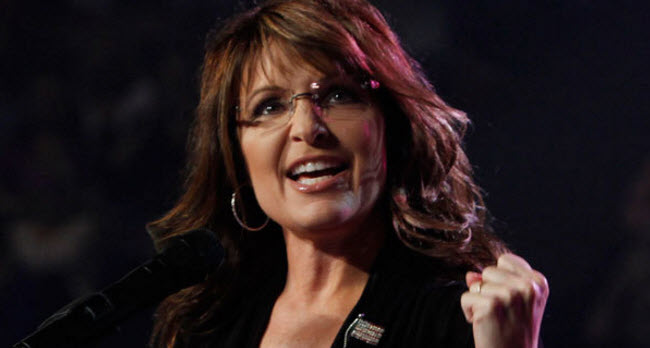 The path that brought the Republican Party to nominating Donald Trump as its candidate for the White House began in 2008, President Barack Obama said in an interview published Monday, when Sarah Palin joined John McCain’s GOP ticket.

“I see a straight line from the announcement of Sarah Palin as the vice-presidential nominee to what we see today in Donald Trump, the emergence of the Freedom Caucus, the tea party, and the shift in the center of gravity for the Republican Party,” the president told New York Magazine. “Whether that changes, I think, will depend in part on the outcome of this election, but it’s also going to depend on the degree of self-reflection inside the Republican Party. There have been at least a couple of other times that I’ve said confidently that the fever is going to have to break, but it just seems to get worse.”

In a wide-ranging interview that covered the moments of his administration that Obama believes will have a lasting historical impact, the president explained his realization early on that Republicans would show little interest in working with him. He recalled the opposition to a stimulus package from Rep. John Boehner, then the House minority leader, just days after Obama’s first inauguration, as the first sign of the difficult relationship he would have with the GOP. To even be photographed with him, the president remembered Sen. Mitch McConnell saying, would be damaging and therefore the Kentucky senator said any deal should happen on his terms.

That the country, and not just the Congress, was polarized became even more evident to Obama later in 2009, when the president’s hometown of Chicago failed to win the right to host the 2016 Olympics despite an impressive bid. Obama said he found it “really strange” that “there was big cheering by Rush Limbaugh and various Republican factions that America had lost the Olympic bid.”

170 Comments - what are your thoughts?