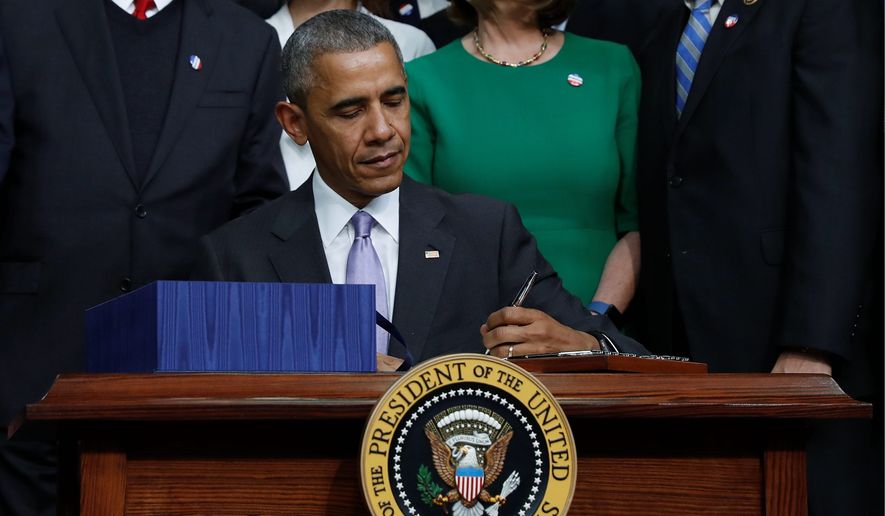 President Obama said Friday that the annual defense policy bill Congress sent him violated the Constitution — but he signed it anyway.

Instead of a veto, Mr. Obama issued a statement saying he would modify the law in its execution so he carries it out the way he thinks meets constitutional muster.

Mr. Obama promised during the 2008 campaign not to engage in issuing signing statements. He said that kind of behavior was a dark spot on the presidency of George W. Bush. But in the years since, Mr. Obama has become a regular practitioner, issuing more than 20 signing statements purporting to alter the way Congress wrote laws.

Over the past few weeks, the president has issued three signing statements shaping congressionally approved legislation, including one on water projects and one on fishing rights in the Pacific. In the defense policy bill, Mr. Obama lodged a long list of objections and described how he would carry them out in ways he deemed appropriate under previous laws or the Constitution.

The White House and its Office of Management and Budget, which is responsible for analyzing legislation, did not respond to repeated requests for comment on the signing statements, but administration critics said they constituted evidence of hypocrisy.