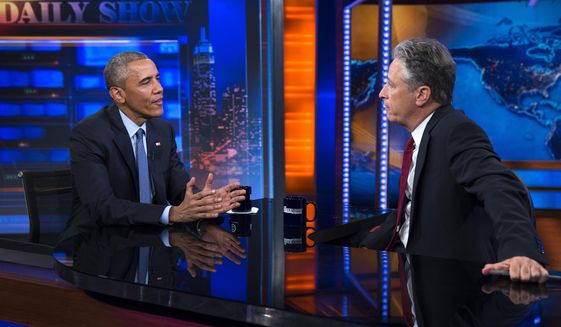 President Obama defended the IRS Tuesday in an interview with “Daily Show” host Jon Stewart, saying the tea party-targeting scandal was actually Congress‘ fault for passing “a crummy law” and that the real problem is the agency doesn’t have enough money.

Mr. Obama, who has overseen a series of scandals at the IRS, the Veterans Administration, the Bureau of Alcohol, Tobacco, Firearms and Explosives and now the Office of Personnel Management, was asked why government didn’t seem to be working on his watch.