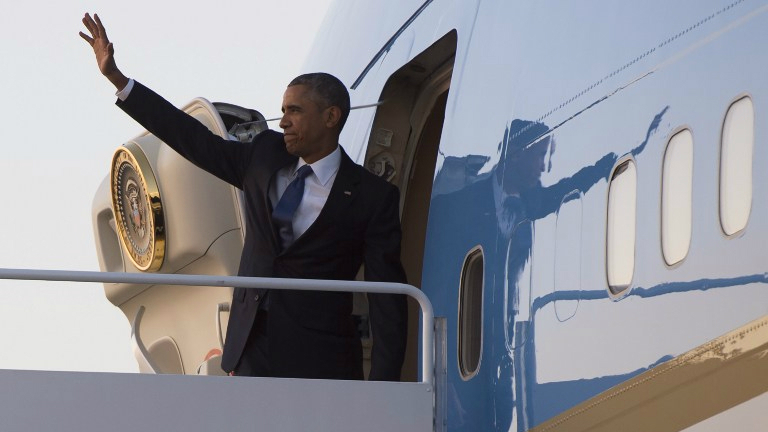 President Obama is leaving Washington D.C. as protesters make their way to Capitol Hill to oppose his proposed nuclear deal with Iran.

But President Obama is expected to leave this afternoon for Warren, Michigan where he will attend an event highlighting college education with Joe Biden’s wife, Dr. Jill Biden, a community college teacher.

188 Comments - what are your thoughts?