Obama Gets Fired Up for ‘Immigration Rights’ at LaborFest 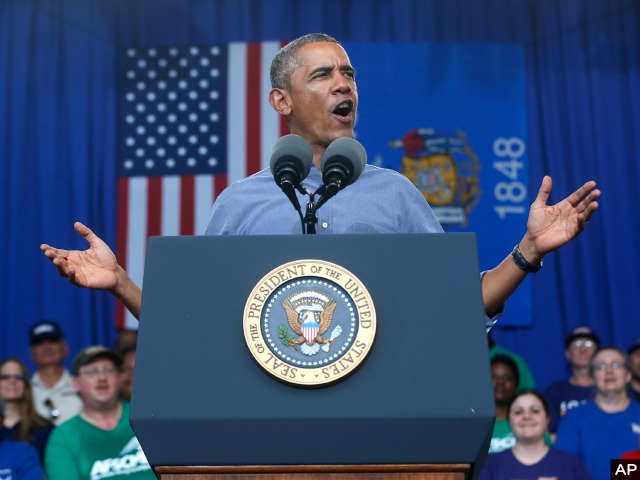 President Obama delivered a fiery speech at Laborfest 2014 in Milwaukee, Wisconsin voicing support for unions and organized labor. He also voiced his support for “immigration rights,” lumping it together with civil rights, gay rights, and voting rights. “Hope is what gives young people the strength to march for women’s rights and workers’ rights and civil rights and voting rights and gay rights and immigration rights,” he said. “Cynicism is a bad choice,” he added. “Hope is a better choice.” During his speech, Obama asserted that the Evangelical community, unions, CEOs, and law enforcement officials all agreed that “fixing a broken immigration system” was essential. But, he warned, Republicans in Congress failed to pass a immigration reform bill. “It ain’t right,” he said. Obama declared out that Republicans tried to block all kinds of progressive goals, including Obamacare, Social Security, and Medicare, but that they lost. “But we will win those fights too, I promise, and I know that because America is the story of progress,” he said.