by Guy Taylor and Maggie Ybarra - The Washington Times
September 23, 2014 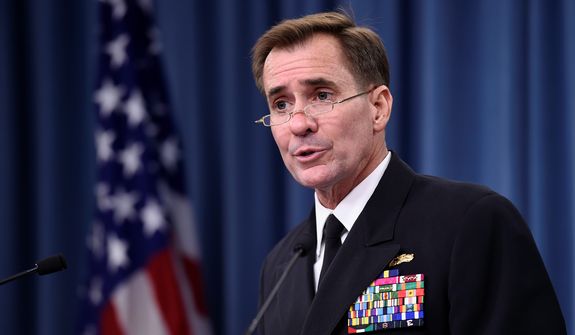 Navy Rear Adm. John Kirby said strikes from the U.S. and Arab partners were trying to hit training facilities and headquarter buildings of the Islamic State in Syria where officials believed the terrorist group was trying to command and control their forces.

“We’re still assessing the effectiveness of these strikes, but we believe we hit what we were aiming at,” he said on MSNBC.