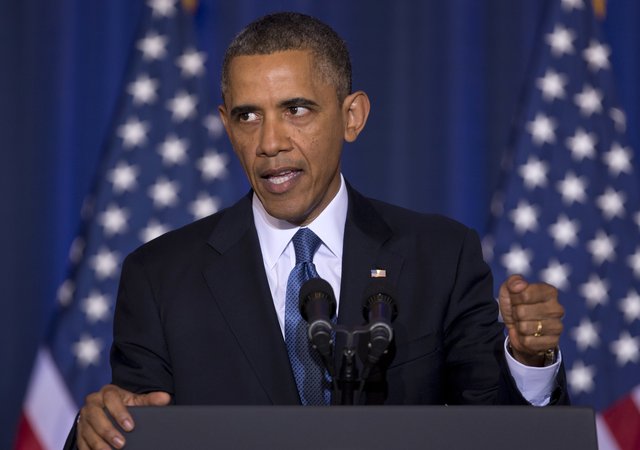 President Obama Friday defended his administrationâ€™s massive seizure of private citizensâ€™ phone records, email and Internet activities as â€œmodest encroachments on privacyâ€ that are necessary to fight the war on terrorism.

â€œNobody is listening to your telephone calls,â€ Mr. Obama said at a hastily arranged news conference in San Jose, Calif. â€œTheyâ€™re not looking at peoplesâ€™ names and theyâ€™re not looking at content. We have established a process and a procedure that the American people should feel comfortable about.â€

The president sought to quell a growing furor that erupted Wednesday night with the news that the National Security Agency, at the request of the FBI, was routinely collecting the phone records of millions of Verizon customers in the U.S. Late Thursday, the government also acknowledged that the NSA is gathering Internet usersâ€™ personal data, such as email, photos and online chats in real time, from the computer servers of at least nine large Web service providers under a top secret program called â€œPrism.â€

The revelations have created a storm of protest among privacy advocates and in Congress, where many lawmakers said they were unaware of the scope of the programs. Mr. Obama said Friday that lawmakers are â€œfully briefedâ€ on the programs periodically.