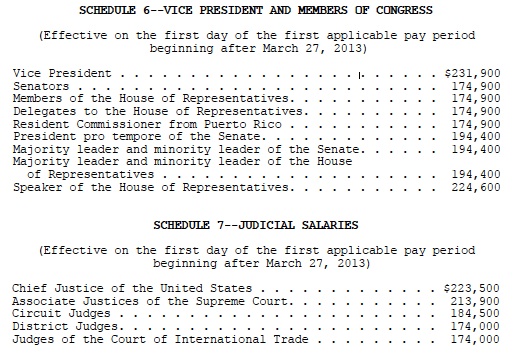 Members of Congress, from the House and Senate, also will receive a little bump, as their annual salary will go from $174,000 to 174,900. Leadership in Congress, including the speaker of the House, will likewise get an increase.

“A new executive order has been issued providing for a new pay schedule beginning ‘on the first day of the first applicable pay period beginning after March 27, 2013,'” reports FedSmith.com. “The pay raise will generally be about 1/2 of 1%.”