Obama: U.S. should ‘embrace an economic patriotism that says we rise or fall together’ 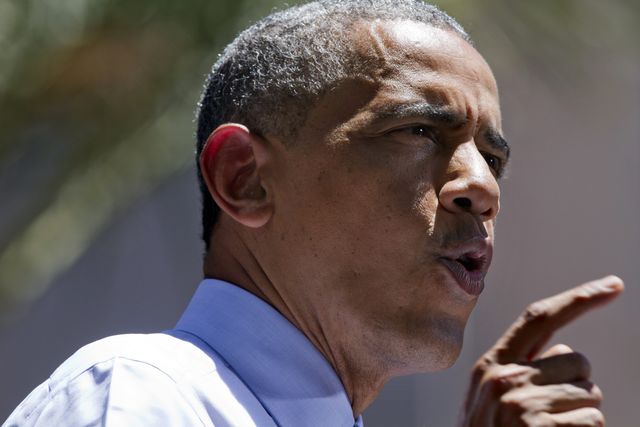 President Obama said Saturday that a loophole allowing companies to dodge U.S. taxes by moving their headquarters overseas is unpatriotic.

In his weekly address, Mr. Obama called on Congress to fix “tax inversions.” He said companies are essentially renouncing their citizenship to avoid paying their fair share.

“When some companies cherrypick their taxes, it damages the country’s finances,” Mr. Obama said. “It adds to the deficit. It makes it harder to invest in the things that will keep America strong, and it sticks you with the tab for what they stash offshore.”

The president said the best way to address the problem is through tax reform that lowers the corporate tax rate as he proposed in his budget.

“Rather than double-down on the top-down economics that let a fortunate few play by their own rules, let’s embrace an economic patriotism that says we rise or fall together, as one nation, and as one people,” he said.