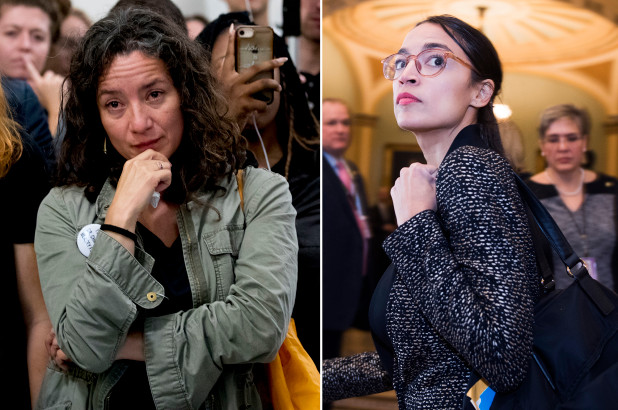 Rep. Alexandria Ocasio-Cortez has invited the community activist who confronted then-Sen. Jeff Flake in a Capitol elevator during the confirmation hearing for Justice Brett Kavanaugh to the State of the Union address Tuesday, according to a report on Monday.

Ana Maria Archila, co-executive director of the Center for Popular Democracy Action, said she was “moved” by the invitation to attend from the freshman lawmaker.

“I just feel particularly moved that in her first participation in the State of the Union she is inviting me to join and inviting that moment of the elevator, my confrontation with the men who do not understand the life of women and the lives of people who are not in power, that she’s inviting that into the imagination of people again,” Archila told The Intercept.

Archila, who lives in Queens and is a constituent of Ocasio-Cortez’s, and Maria Gallagher in September blocked the doors of the elevator Flake entered to press him on why he was going to vote for Kavanaugh even though the nominee had been accused of sexually assaulting a woman when he was a teenager.