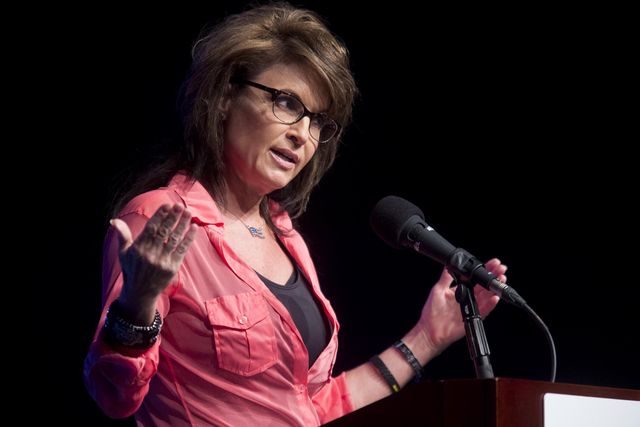 DENVER — Former Alaska Gov. Sarah Palin urged the grassroots Saturday to support her call for the impeachment of President Obama, imploring conservatives to push the idea with Congress.

“There’s only one remedy for a president who commits high crimes and misdemeanors, and it’s impeachment,” said Ms. Palin. “It’s the I word. You don’t need some fancy law degree hanging on your wall there to know laws are not being enforced today. Illegal immigrants all over the world also know that.”

The former Republican vice-presidential candidate spoke to a crowd here at the Western Conservative Summit, sponsored by the Centennial Institute.

Ms. Palin drew headlines two weeks ago when she called for the president’s impeachment, citing the flood of border-crossing children as the last straw, but House Speaker John Boehner quickly put the kibosh on the proposal, saying, “I disagree.”