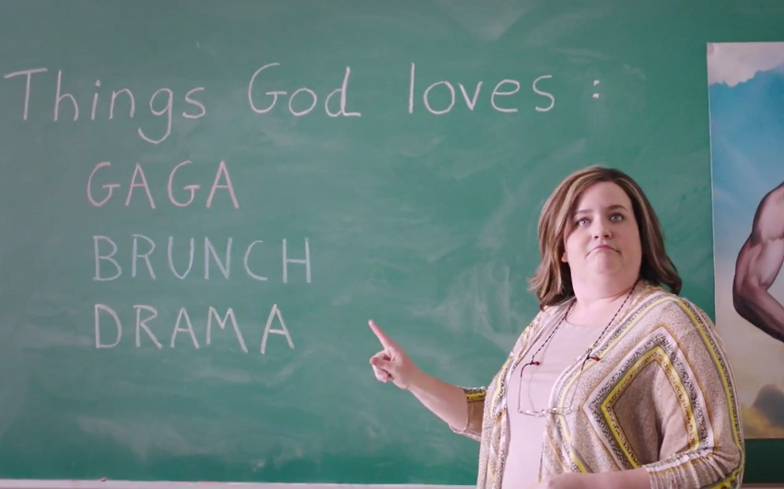 Pat Boone says Saturday Night Live parody skit about God’s Not Dead 2 is offensive to Christians, Jews and homosexuals, and thinks the long-running show is feeding cynicism in America.

“I think a general antipathy toward Christianity…they think it’s fair game, like Bill Maher, to just attack and ridicule and literally make fun in light of almost any kind of genuine faith,” Boone told FOX411. “But in this case it’s particularly scurrilous and irresponsible because they presented God’s Not Dead 2 as if we were dealing with homosexuality or in some way with Christian Judaism conflict and the film has nothing to do with any of that. They made it up totally because they literally wanted to back us (Christians) into a corner on the subject of homosexuality, and of course the film had nothing whatsoever to do with it.”

The SNL skit, titled “God is a Boob Man,” centers on a woman (baker, played by Vanessa Bayer) who is forced by a Jewish ACLU lawyer to declare that “God is gay” after refusing to make a cake for a gay wedding. “I want to deny basic goods and services to gay people,” she says later in the clip.

“If I were in the homosexual community, or if I were Jewish, I would be just as irate as being presented fallaciously and ridiculously as the militant homosexuals are in there parody because they are demanding things that would embarrass any responsible homosexual, and I know quite a few,” he said. “They would not like to be presented as being so idiotic as trying to prove in court that God is gay. That presents them in a horrible light and very bigoted light.”

Boone, 81, says he, like most Americans, was once a fan of “SNL,” now thinks the show just builds on the cynicism in society.