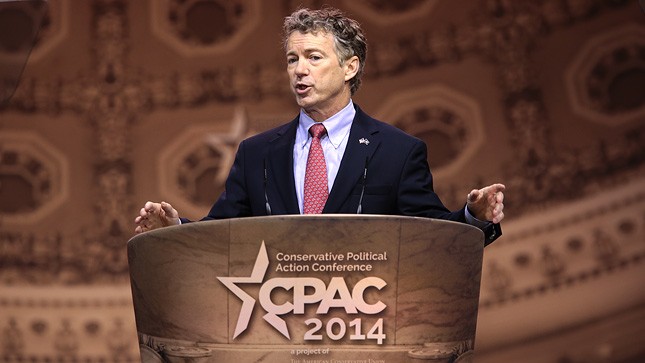 Speaking to a standing room-only crowd, Paul received the warmest reception of any headliner yet at the conference. As he ticked off what sounded like the possible outlines of a 2016 White House bid, nearly every other line of his address was punctuated by hearty applause and cheers, and at one point a cry of “Rand Paul run!” rose up in a corner of the crowd.

While other addresses at this year’s CPAC focused on specific policies and red-meat issues like gay marriage and ObamaCare, Paul spoke in broad metaphorical terms of the need to “stand together for liberty.”

Paul framed the libertarian-ideas that have gained prominence within the party in recent years in historical terms, positioning his values as descending from the nation’s Founding Fathers. Paul name-dropped foundational American thinkers ranging from Daniel Webster to John Adams, Madison to Montesquieu, but also quoted Pink Floyd’s Roger Waters.