Paul: U.S. Funding ‘War on Christianity in the Middle East’ 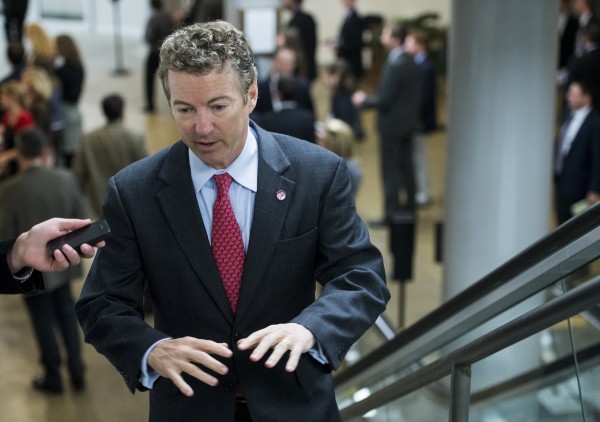 â€œIt is clear that American taxpayer dollars are being used to enable a war on Christianity in the Middle East and I believe that must end,â€ the Kentucky Republican said.

Mentioning Egypt, Iraq and Libya, Paul said atrocities were being committed against Christians despite U.S. assistance.

â€œThese countries are not our true allies and no amount of money will make them so. They are not allies of Israel, and I fear one day our money and military arms that we have paid for will be used against Israel,â€ Paul said. â€œThis fight has made me unpopular in Washington but I am willing to risk unpopularity with politicians to do what I am convinced is right.â€

Speaking at the Faith and Freedom Coalition conference, Paul highlighted his ill-fated proposals to cut off U.S. foreign aid to various countries until they meet conditions, including Pakistan and Egypt.

â€œThe bipartisan consensus in Washington vows to increase Egyptâ€™s funding. The president is currently requesting a billion dollar increase in aid to Egypt,â€ Paul said. â€œThis is an outrage! It is amazing that so many in Washington fail to see who the real enemies are. We should immediately stop sending F-16s and tanks to Egypt.â€