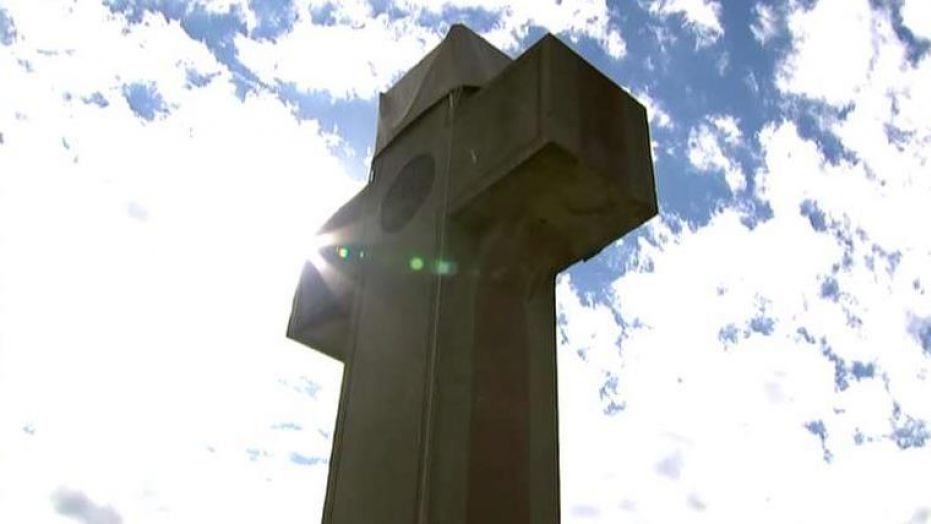 BLADENSBURG, Md. — The war memorial has seen better days. Sitting in a traffic circle in the Washington suburbs, the Bladensburg Peace Cross as it is known has large cracks in its tan concrete and pink granite. Water damage has stained the 40-foot structure, covered partially by a tarp to prevent more decay.

But this worn-down, century-old monument is now at the center of a fiery Supreme Court fight – one where the newest justice, Brett Kavanaugh, once again could play a decisive role.

The memorial’s supporters say the structure was erected solely to honor those who died during World War I – and, despite its shape, is secular in nature. Opponents call it an impermissible overlap of church and state, since the Latin cross design sits on public land.

“There is an unfairness of suggesting that a cross could represent all veterans when clearly not all veterans are Christians,” said Roy Speckhardt, executive director of the American Humanist Association, which opposes the cross on public land.