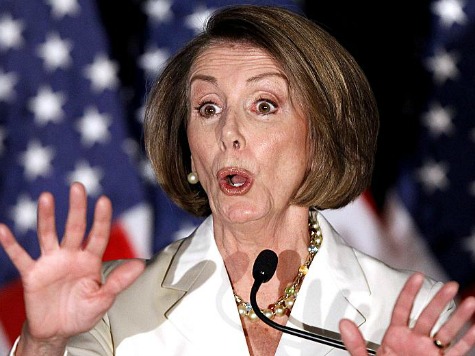 If Republicans keep the House in November, Pelosi said they wouldn’t hold their majority for long.

“Their days are numbered. I know that in two years, I know we’ll have a Democratic Congress and a Democratic president,” she told reporters at her weekly press conference.
“I’d like it to be in two months,” she added.

Asked if she was conceding that Republicans would hold the House in November’s midterms, Pelosi insisted, “No, I’m not.”