Pelosi predicts Dems will take back the House 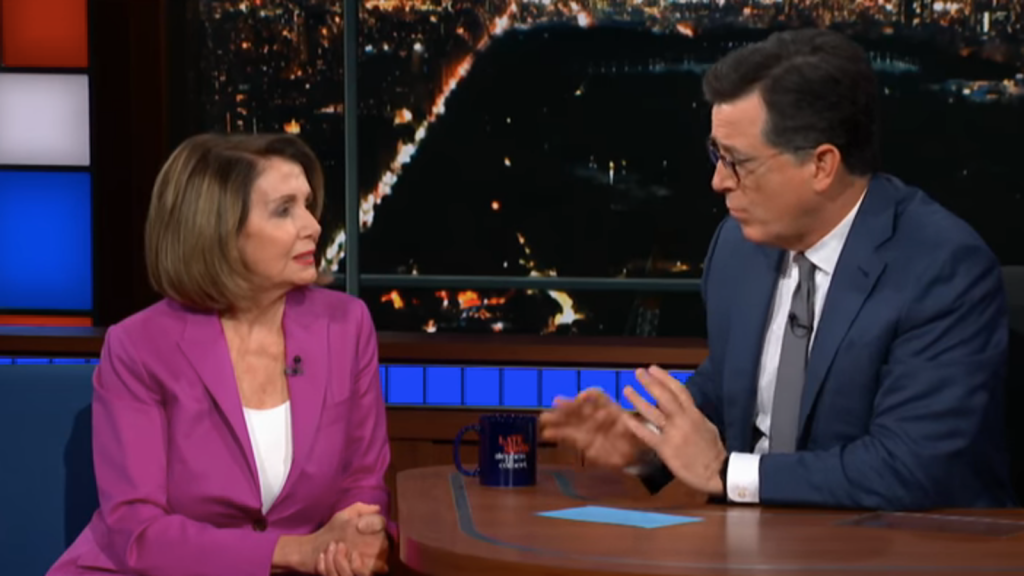 House Minority Leader Nancy Pelosi (D-Calif.) said late Tuesday that the Democrats will retake control of the House in the midterm elections.

“Let me say this. Up until today, I would’ve said, ‘If the election were held today, we would win,'” Pelosi said on “The Late Show with Stephen Colbert.”