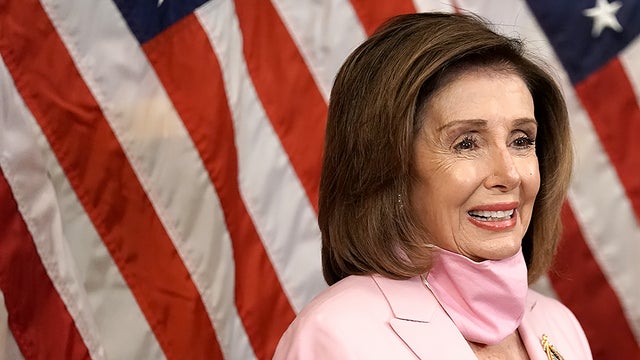 House Speaker Nancy Pelosi asserted in an interview Tuesday that Republicans are “trying to get away with murder, actually — the murder of George Floyd” — marking a dramatic escalation in rhetoric as the Democrat-controlled House prepares to pass its police reform package.

Specifically, Pelosi said Democrats want a total ban on chokeholds, which Attorney General William Barr has also suggested he would support. But, Pelosi said, some Republicans are waffling on the issue.

“For something to happen, they’re going to have to face the realities of police brutalities, the realities of the need for justice in policing, and the recognition that there’s many good people in law enforcement, but not all. And that we have to address those concerns,” she said.