Pelosi’s panic fire: GOP Senate would end ‘civilization as we know it’ 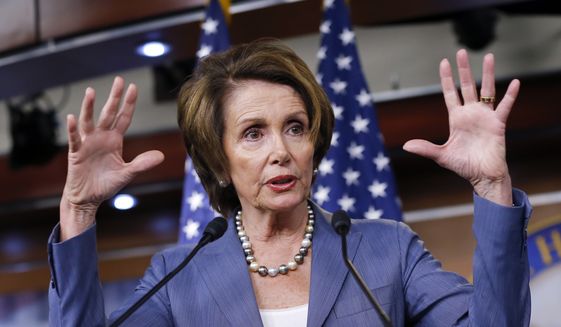 House Minority Leader Rep. Nancy Pelosi told “Real Time” host Bill Maher that Democrats are not “fear-mongers” but in the same breath said civilization is doomed if Republicans manage to take control of the Senate in November.

“It would be very important for the Democrats to retain control of the Senate,” the California Democrat told Mr. Maher on his show Friday night, which aired live from Washington. “Civilization as we know it today would be in jeopardy if Republicans win the Senate.”

Mr. Maher pointed out that voter turnout will most likely lean to the right saying, “Nobody comes out to vote to say ‘thank you.’ The people who get health care now – they’re the people least likely to vote. The people who come out to vote are the angry people,”