Pence: Reports of conditions in detention centers prove ‘Congress has to act’ 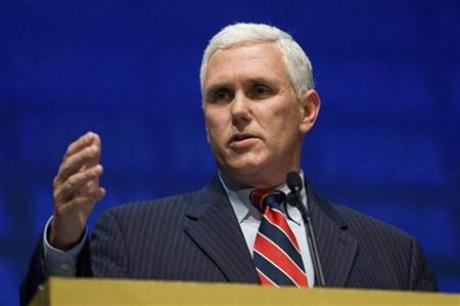 “No American should approve of this mass influx of people coming across our border,” Pence said on “State of the Union.” “I was at the detention center in Nogales, [Ariz.]. … It is a heartbreaking scene. These are people who are being exploited by human traffickers. … Congress has to act.”

Tapper played a clip of Justice Department lawyer Sarah Fabian suggesting detained migrant children did not need toothbrushes or soap, prompting Pence to respond, “I can’t speak to what that lawyer was saying.” He then insisted congressional Democrats had resisted expanding bed space in detention centers.

Pence, asked about additional reports of conditions inside the facilities, said that “we’ve got to get to the root causes” by improving border security.