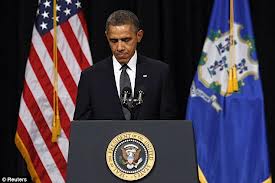 President Obama will â€œactively supportâ€ efforts by Democrats to reinstate a federal ban on assault weapons next year, the White House announced on Tuesday.

Press secretary Jay Carney said the president would back Sen. Dianne Feinstein (D-Calif.) when she introduces legislation at the opening of the next Congress to ban certain assault weapons in the United States.

Carney said the president would also support other gun-control efforts, including legislation to close the “gun show loophole” on background checks and prevent the sale of high-capacity ammunition clips.

The president has reached out to lawmakers who have expressed a new willingness to consider gun restrictions in the wake of Fridayâ€™s mass shooting in Newtown, Conn., that claimed the lives of 27 people, including 20 children. Carney said Obama has been “heartened” by the willingness to consider such measures from Democrats who have been strong supporters of gun rights.

Obama spoke on Tuesday with Sen. Joe Manchin (D-W.Va.), a longtime member of the National Rifle Association who this week said “everything should be on the table” to address gun violence.

The White House also confirmed that Obama has asked members of his Cabinet to suggest policy changes that could help reduce gun violence. Obama has already asked Education Secretary Arne Duncan, Attorney General Eric Holder and Health and Human Services Secretary Kathleen Sebelius to suggest ways that the administration could respond to the shooting.

“Their participation underscores the comprehensive way in which the president views this process,” Carney said.

The spokesman emphasized that the president was seeking a comprehensive legislative package that also addresses mental health services.