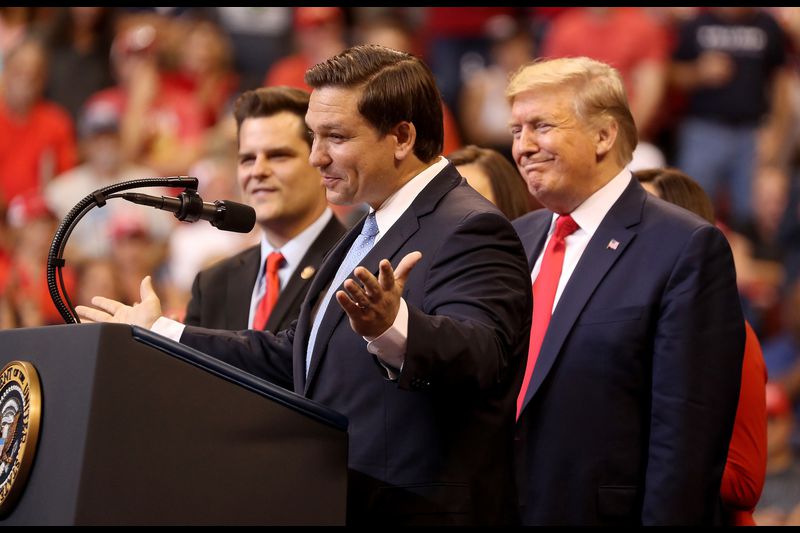 The two diametrically opposed world views of President Donald Trump came together in one place Tuesday: the BB&T Center, where Trump held one of his signature rallies.

Inside, a devoted crowd welcomed home the president, who recently declared himself a Florida resident. Outside, protesters displayed scorn and fury, along with the Baby Trump balloon, the orange-haired inflatable infant clad in a diaper and clutching a cellphone.

Trump didn’t hold back. He whipped the crowd into a chant of “bullshit” when discussing the impeachment charges against him. He took shots at “Sleepy Joe Biden.” He railed against the “corrupt” media. He played up crowd favorites, declaring that he was building his wall. He addressed his health telling the crowd his “gorgeous chest” is just fine.

At one moment, he said he would defend Thanksgiving from anyone who would want to change its name, and he assured his fans he would easily win a second term.