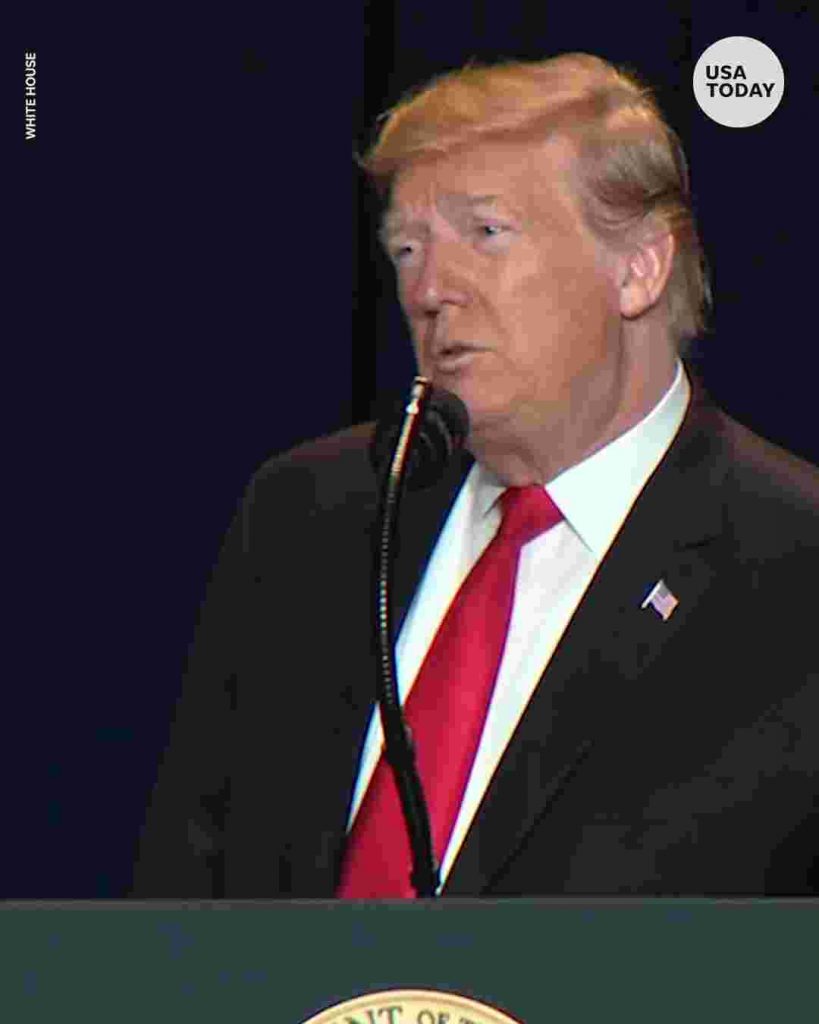 WASHINGTON – President Donald Trump on Thursday outlined the importance of faith in American society in a speech that at times mirrored his State of the Union address from earlier this week.

“I will never let you down, I can say that,” Trump told the crowd at the National Prayer Breakfast in Washington.

The president proceeded to list his administration’s accomplishments and goals.

But those words were quickly overshadowed on social media when, in the midst of praising religion’s role in U.S. history, Trump made an apparent gaffe and celebrated the “abolition of civil rights.”