Priebus Rallies Base: GOP Will Stop Obama’s ‘Un-American’ Amnesty If We Win Senate 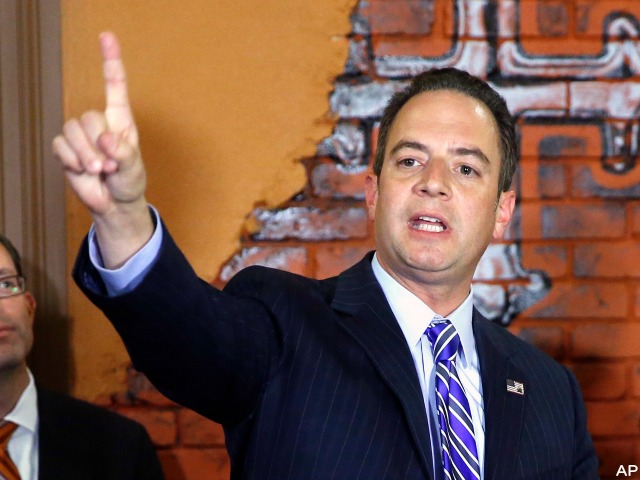 Reince Priebus, the chairman of the Republican National Committee (RNC), says it’s “un-American” for President Barack Obama to consider implementing an executive amnesty for millions of illegal aliens across the country.

“It’s unconstitutional, illegal, and we don’t support it,” Priebus replied when a Tea Party activist asked him about the president’s plans for an executive amnesty on a conference call hosted by TheTeaParty.net on Monday evening.

“I don’t support it. It is wrong,” Priebus said. “It is un-American for a president to try and do such a thing. I want to make it clear: There is no part of me, there is not a molecule in my body that agrees with the president on executive amnesty.”

Priebus promised the hundreds of activists on the call that the Republican Party, if it takes the Senate on Nov. 4 in the upcoming midterm elections, will do everything in its power to stop Obama from proceeding on the executive amnesty. Priebus even boldly predicted that Republicans can and will succeed in stopping Obama if elected on Nov. 4.

“While I can’t speak for the legislature, I’m very confident we will stop that,” Priebus said. “We will do everything we can to make sure it doesn’t happen: Defunding, going to court, injunction. You name it. It’s wrong. It’s illegal. And for so many reasons, and just the basic fabric of this country, we can’t allow it to happen and we won’t let it happen. I don’t know how to be any stronger than that. I’m telling you, everything we can do to stop it we will.”