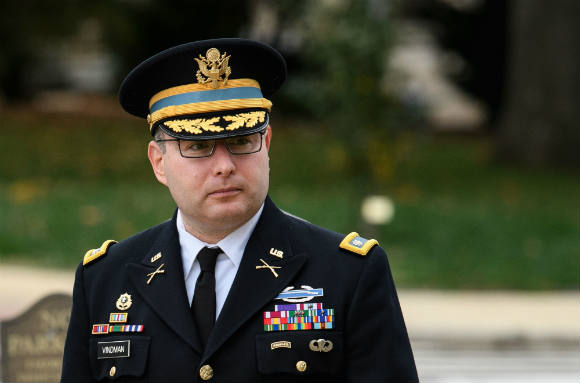 The public phase of the Democrats’ impeachment investigation enters its second week on Tuesday, featuring witnesses both parties think will help to boost their clashing judgments about the propriety of President Trump’s handling of foreign policy in Ukraine.

Lt. Col. Alexander Vindman, a Ukraine specialist on the National Security Council (NSC), has previously relayed dire concerns that Trump’s push to have Ukrainian leaders investigate his political rivals posed a threat to national security — the very allegation at the center of the Democrats’ impeachment inquiry.

Yet Kurt Volker, former special envoy to Kyiv, told lawmakers privately last month that the White House decision to withhold military aid was “not significant” and Ukraine’s leaders “never communicated a belief that there was a quid pro quo” surrounding the investigations Trump sought, lending a boost to the GOP argument that Trump did nothing wrong.

Both witnesses will appear on Capitol Hill on Tuesday before the rolling TV cameras, along with two other senior officials — Jennifer Williams, a national security veteran detailed to Vice President Pence, and outgoing NSC staffer Tim Morrison — who have also testified previously in the swift-moving impeachment investigation.