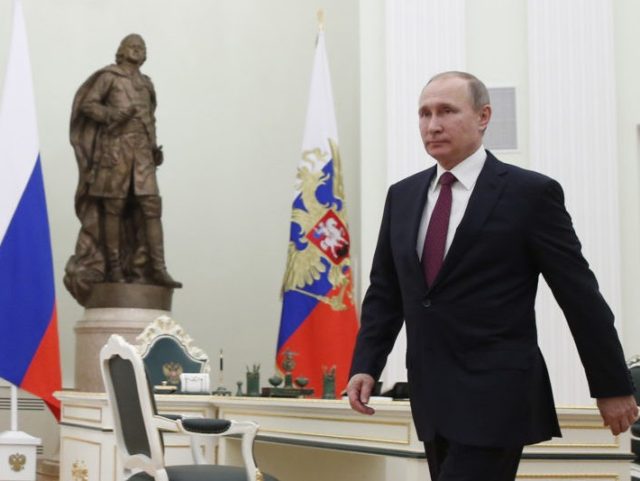 At a Tuesday press conference, Russian President Vladimir Putin claimed last week’s chemical weapons attack in the Idlib province of Syria was a “false flag” – a phony operation staged by enemies of Russia and Syria to discredit them. He said more such false flag operations were on the way.

“We have reports from multiple sources that false flags like this one – and I cannot call it otherwise – are being prepared in other parts of Syria, including the southern suburbs of Damascus. They plan to plant some chemical there and accuse the Syrian government of an attack,” said Putin, as reported by Russia’s RT.com.

“President Mattarella and I discussed it, and I told him that this reminds me strongly of the events in 2003, when the US representatives demonstrated at the UN Security Council session the presumed chemical weapons found in Iraq,” Putin continued, referring to Italian President Sergio Mattarella, who appeared with him at the press conference in Moscow.

“The military campaign was subsequently launched in Iraq and it ended with the devastation of the country, the growth of the terrorist threat and the appearance of Islamic State [IS, formerly ISIS] on the world stage,” Putin declared.