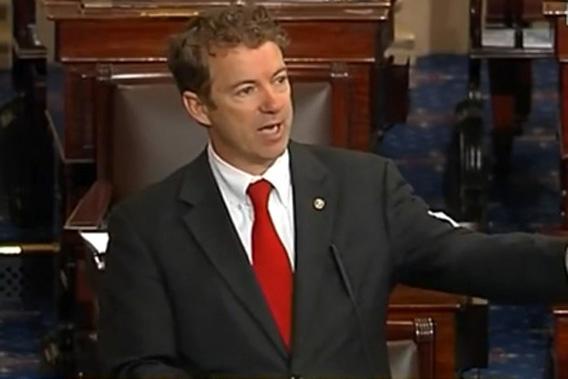 But Senate Minority Leader Mitch McConnell, also a Kentucky Republican, said he would continue to oppose Brennan’s confirmation and try to keep the debate going.

After Paul yielded the floor, Sen. Dick Durbin, D-Ill., filed a motion to cut off debate on Brennan’s nomination and bring it up for a vote.

Paul, a critic of Mr. Obama’s policy on unmanned drones, started just before noon by demanding the president or Attorney General Eric Holder issue a statement assuring that the aircraft would not be used in the United States to kill terrorism suspects who are U.S. citizens. He wasn’t picky about the format, saying at one point he’d be happy with a telegram or a tweet.

Paul said he recognized that he can’t stop Brennan from being confirmed. But the nomination was the right vehicle for a debate over the limits of the federal government’s ability to conduct lethal operations against suspected terrorists, he said.

As he concluded his hold on the floor, Paul said, “I am hopeful that we have drawn attention to this issue, that this issue won’t fade away, that the president will tomorrow (he meant Thursday) come up with a response. I would like nothing more than to facilitate the continuation of the debate tomorrow.”