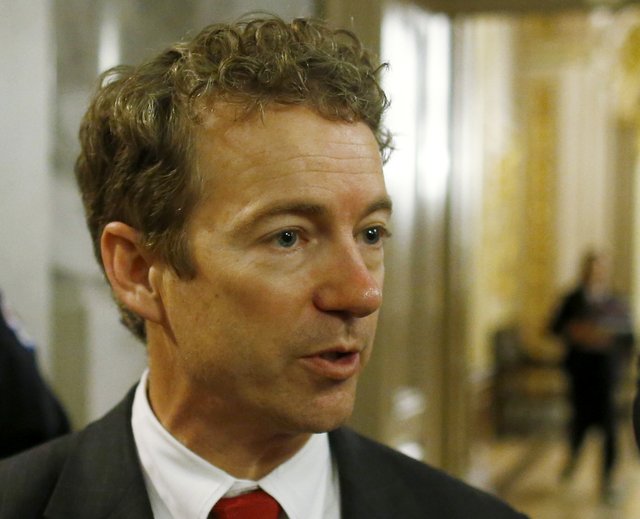 Sen. Rand Paul formally rolled out his 2014 budget blueprint on Friday, offering a combination of tax and spending proposals that he said would balance the federal budget in five years without raising taxes.

It also aims to put the nationâ€™s the â€œlarge military complex of yesterday in check,â€ while calling on Congress to open up the Arctic National Wildlife Refuge and the outer continental shelf to oil drilling, and to increase oil and gas development on federal lands.

â€œIf we donâ€™t make difficult choices today, we will be faced with even more difficult and painful choices down the road,â€ Mr. Paul said in his plan, which he called â€œA Clear Vision to Revitalize America.â€

Mr. Paul is likely to run for the GOP presidential nomination in 2016, and he has repeatedly called on lawmakers to take serious steps to reduce the nationâ€™s national debt, which stands at $16.7 trillion.

The spending proposal the freshman senator outlined Friday would put the nation on a path to a balanced budge five years faster than the plan that House Republicans adopted last week. The unveiling came as the Senate was debating a Democratic budget that would leave a major deficit even after 10 years.