Rand Paul: Tea Party is like the American Revolution â€“ The Occupy movement more like the French Revolution 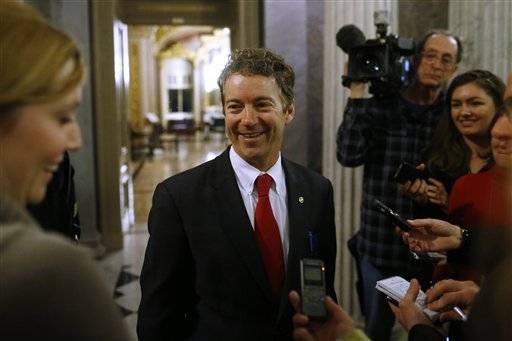 Speaking at a National Review breakfast, Sen. Rand Paul R-Ky. explained what he thought about the Tea Party movement vs. the Occupy Wall Street movement, as Jon Ward reports in the Huffington Post.

â€œThe Tea Party, I always say, is more like the American Revolution, and Occupy Wall Street is more the French Revolution,â€ Paul said.

Paul explained that the Tea Party looked back to the rule of law.

â€œWe hearken back to sort of rules,â€ Paul said, identifying with the Tea Party. â€œWe werenâ€™t unhappy with people just because they were rich; we werenâ€™t happy with you if you were making money off of our taxes and we were bailing you out. If you were making $100 million, your bank goes bankrupt and all of a sudden we bail you out and youâ€™re still making $100 million â€” that upset us.â€