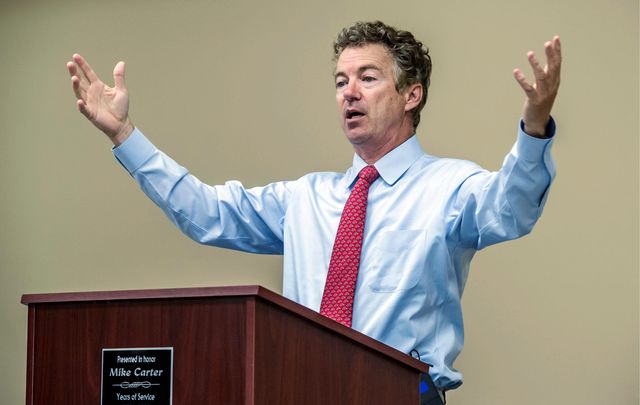 Sen. Rand Paul on Wednesday waded deeper into an issue that has proved perilous to some of his GOP colleagues, throwing his political weight behind an establishment lobby effort to get Congress to reform the country’s immigration system this year.

Mr. Paul, a libertarian-leaning Republican from Kentucky and possible 2016 presidential hopeful, participated in a telephone conference call to conservative and business leaders in favor of immigration reform in an effort brokered by anti-tax activist Grover Norquist, The Washington Times has learned.

The business group, the Partnership for a New American Economy, immediately blasted an email Wednesday evening to supporters crowing that Mr. Paul had formally joined its pro-reform effort.

The timing of the call only heightened the potential stakes for Mr. Paul just one day after House Majority Leader Eric Cantor was shockingly ousted from office in the Virginia Republican primary in favor of a little-known college professor.

Tea party activists who whipped up a get-out-the-vote effort for Mr. Cantor’s opponent said they were motivated by the incumbent’s advocacy for immigration reform, actions on Obamacare and vote to raise the nation’s debt ceiling.