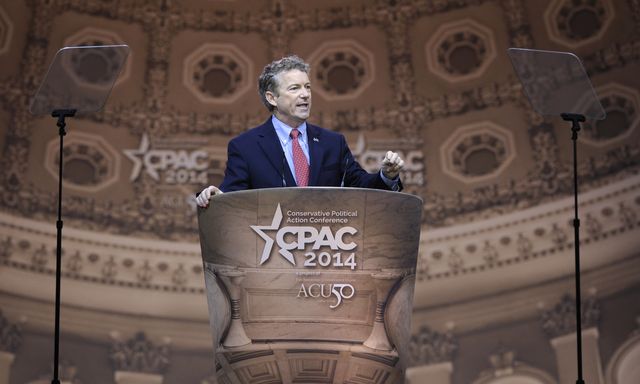 In the presidential poll, Mr. Cruz’s 11 percent was a big improvement for the freshman senator, who won just 4 percent in last year’s straw poll. Neurosurgeon Ben Carson was third with 9 percent and New Jersey Gov. Chris Christie was fourth with 8 percent in results that signal growing discontent with the GOP establishment in Washington.

But a series of tough votes over the last few months that saw Republican leaders work with President Obama to boost spending and raised the government’s debt limit have deepened a rift between the GOP’s leadership on Capitol Hill and conservative activists around the country.