Rasmussen: Trump Back In the Lead! 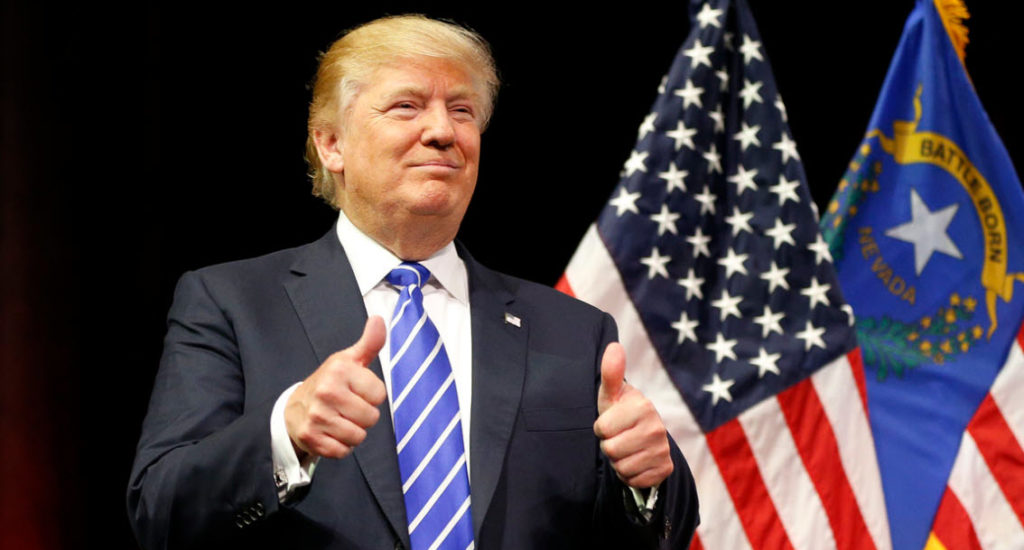 The full results from Sunday night’s debate are in, and Donald Trump has come from behind to take the lead over Hillary Clinton.

The latest Rasmussen Reports White House Watch national telephone and online survey shows Trump with 43% support among Likely U.S. Voters to Clinton’s 41%. Yesterday, Clinton still held a four-point 43% to 39% lead over Trump, but that was down from five points on Tuesday and her biggest lead ever of seven points on Monday.

Rasmussen Reports updates its White House Watch survey daily Monday through Friday at 8:30 am Eastern based on a three-day rolling average of 1,500 Likely U.S. Voters. Monday’s survey was the first following the release of an 11-year-old video showing Trump discussing women in graphic sexual detail but did not include any polling results taken after the debate. All three nights of the latest survey follow Sunday’s debate.

Eighty-four percent (84%) now say they are certain how they will vote in this year’s presidential election, and among these voters, Trump posts a 49% to 46% lead over Clinton. Among voters who say they still could change their minds between now and Election Day, it’s Clinton 40%, Trump 37%, Johnson 19% and Stein four percent (4%).

116 Comments - what are your thoughts?