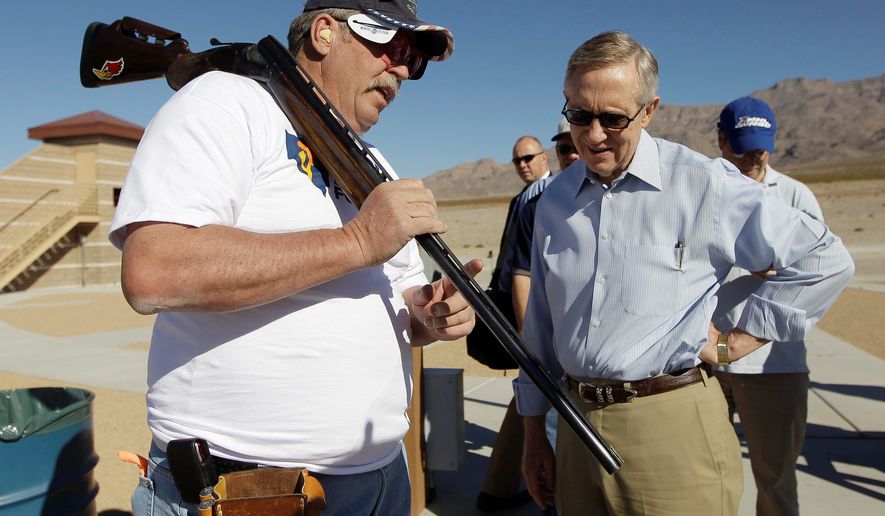 Sen. Harry Reid took nearly $5,000 in campaign cash from the National Rifle Association the last time he ran for election — which made his vicious attack on the gun group Tuesday striking.

After watching his gun control plans founder the night before in competing votes on the Senate floor, the lawmaker from Nevada blamed the group for the loss and said the NRA doesn’t mind suspected terrorists getting their hands on guns, doesn’t care about Americans’ constitutional rights and worries only about its own bottom line.

His frustration boiled over after he and fellow Democrats were unable to win passage of a proposal to ban those on secret FBI watch lists from buying guns. Even several Democrats defected to vote against the plan, joining Republicans who said the proposal ensnared too many Americans and denied them their Second Amendment rights without due process.