Report: Obama Has Missed Over Half His Second-Term Daily Intel Briefings 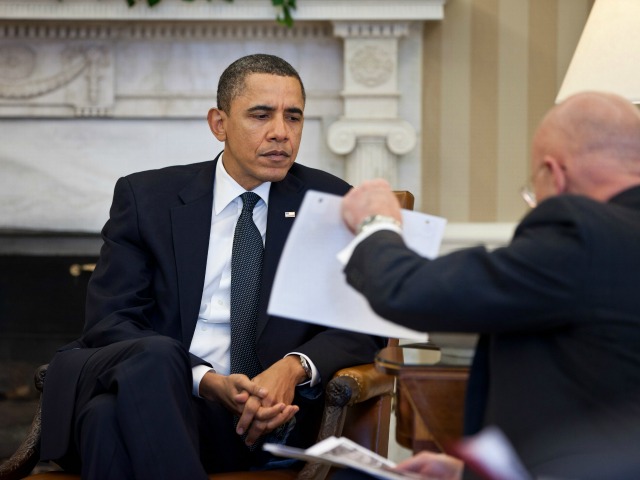 A new Government Accountability Institute (GAI) report reveals that President Barack Obama has attended only 42.1% of his daily intelligence briefings (known officially as the Presidential Daily Brief, or PDB) in the 2,079 days of his presidency through September 29, 2014.

The GAI report also included a breakdown of Obama’s PDB attendance record between terms; he attended 42.4% of his PDBs in his first term and 41.3% in his second.

The GAI’s alarming findings come on the heels of Obama’s 60 Minutes comments on Sunday, wherein the president laid the blame for the Islamic State’s (ISIS) rapid rise squarely at the feet of his Director of National Intelligence James Clapper.