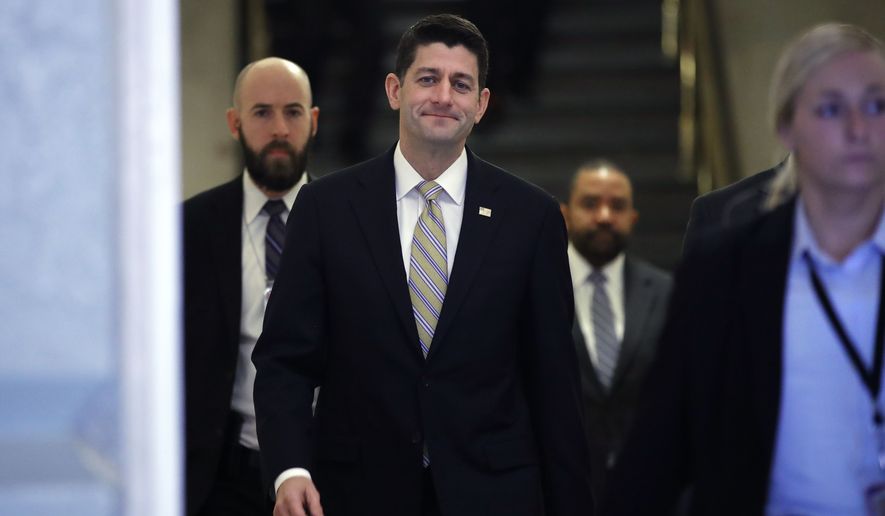 With spines stiffened by a presidential pep talk, House Republicans easily approved a $1.4 trillion tax cut Thursday, taking the first big step toward a decades-overdue overhaul that Republicans hope will send the economy soaring and win back wavering voters.

Desperate for a legislative win, Republicans brushed aside Democrats’ warnings that the bill will be seen as a sop to the wealthy instead of the boost to the middle class that President Trump promised.

The 227-205 vote marks the first major step, but Republicans still have a number of hills to climb. The Senate plans to pass its own version after Thanksgiving, and then the measures need to be squared with each other.