Rick Perry: ‘How Many Sexual Assaults Do We Have to Have Before the President Does Something?’ 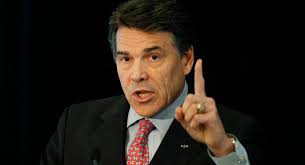 Sunday on CNN’s “State of the Union,” Gov. Rick Perry (R-TX) said the crimes committed by illegal immigrants is the driving force behind his move to secure the U.S.-Mexico border with the Texas National Guard. Perry said, “What we are substantially more concerned about in the state of Texas, and I will suggest to you across this country, are the 80 percent-plus of individuals who don’t get talked about enough, that are coming in to the United States illegally, and committing substantial crimes. Since September of ’08 we have seen 203,000 individuals who have illegally come into the United States, into Texas, booked in to Texas county jails. These individuals are responsible for over 3,000 homicides and almost 8,000 sexual assaults. I wish the president would respect that desire of Texans and the citizens of this country to secure the border. That’s the real issue here, and one that all too often gets deflected by the conversation about unaccompanied minor children.” Host Candy Crowley challenged Perry’s number saying, “Governor, I have to point out that a number of fact checkers has said that that 3,000 homicide figure is wildly off.” Perry answered, “We’ll continue to do what we have to