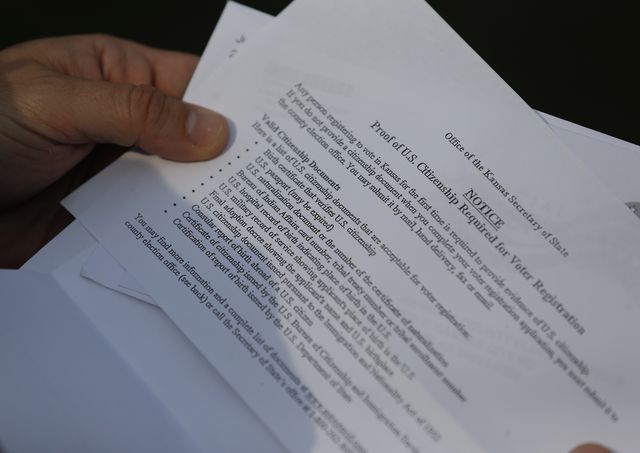 A U.S. District Court judge ruled Wednesday that Arizona and Kansas can require anyone registering to vote to prove their citizenship and the federal Election Assistance Commission cannot block them.

The ruling is a boost for states’ rights and marks a setback for President Obama and other liberals who fought stiffer voter ID checks with an argument that they reduce voter turnout.

“This is a huge victory for me, personally, for the states of Kansas and Arizona, and for the whole cause of states’ rights,” said Kansas Secretary of State Kris W. Kobach, who led the challenge.
“We’ve seen so many defeats recently in areas where the federal government has been encroaching on states’ authorities, and this time the good guys won.”

In his ruling, Judge Eric F. Melgren said the EAC, which Congress created after the 2000 Florida voting fiasco, must accede to states’ requests for people to provide proof of citizenship when they register to vote.

The judge said the Constitution gives states the power to determine voter qualifications, and if states want to insist on proof of citizenship, the election commission cannot overrule them.