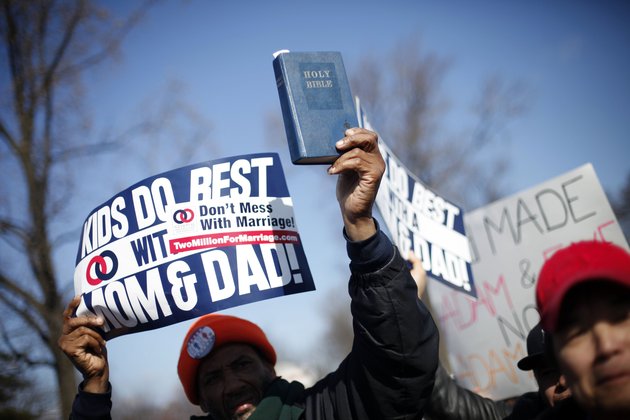 Despite a lively session of questioning, the nine justices of the Supreme Court offered no clear clues about how they will handle the first of two gay-marriage cases they are hearing this week.

A key area of inquiry was what would happen if the court struck down Proposition 8, the voter-passed California initiative that defines marriage as only the union of one man and one woman.

Would the ruling be limited to legalizing gay marriage in California, justices asked.

Or would it also force a few other states that have domestic partnerships or civil unions to convert them to marriage? Or would it become a national ruling, forcing all states to strike down their man-woman marriage laws?

â€œThe problem with the case is that youâ€™re really asking, particularly because of the sociological evidence you cite, for us to go into uncharted waters,â€ observed Associate Justice Anthony Kennedy.