Sarah Palin: ‘If that’s a clock, I’m the Queen of England” 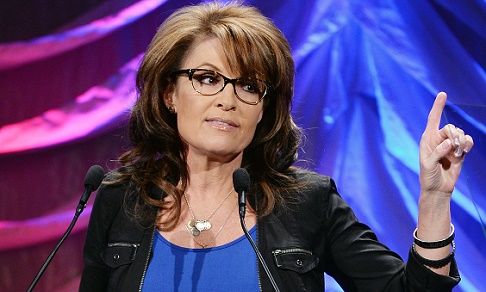 Count Sarah Palin among the sane who clearly doesn’t think a clock or school supplies should look like an explosive device. The former Alaska governor has weighed in on the story of a teen in Texas who suddenly has a White House invitation. Palin posted on Facebook: I Guess Muhammad’s Pencil Box is Cooler Than the Palin Kids’. The post includes a link to Bristol Palin’s take on the story and then some strong words from Sarah Palin herself regarding the matter.

Governor Palin wrote: “It doesn’t look like a pencil box to me.”

Palin provided a link to her daughter’s blog, in which Bristol blasts President Obama for getting involved at all. ” This is the kind of stuff Obama needs to STAY out of,” said Bristol Palin. “This encourages more racial strife that is already going on with the ‘Black Lives Matter’ crowd and encourages victimhood. The police made a mistake, clearly. But why put more people against them? Why egg it on? Childish games like this from our president have divided our country… even more today than when he was elected.”