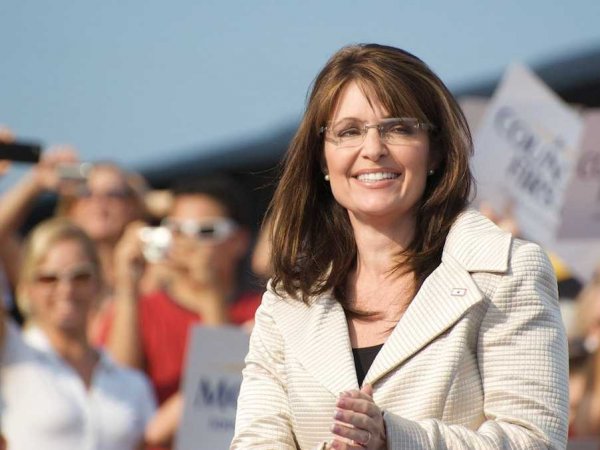 Just before she heads to Iowa for the first major conservative showcase of the 2016 election cycle, Sarah Palin said “of course” she’s interested in the 2016 presidential election.

“Yeah, I mean, of course, when you have a servant’s heart, when you know that there is opportunity to do all you can to put yourself forward in the name of offering service, anybody would be interested,” Palin told ABC News’ Neal Karlinsky while serving wild boar chili to the homeless in Las Vegas Thursday.

While serving up bowls to those gathered in line, the former Alaska governor clarified, “It doesn’t necessarily have to be me, though, but no, America is definitely ready for real change.