Sarah Palin is suing The New York Times for defamation, according to documents filed in federal court Tuesday that were obtained by The Daily Caller.

The lawsuit has to do with an editorial the NYT ran on June 14 that falsely smeared Palin as inciting the 2011 shooting of Democratic Rep. Gabby Giffords by a mentally ill man. There is no evidence to support the NYT’s implication that Palin played a role in inciting the Giffords shooting.

“Mrs. Palin brings this action to hold The Times accountable for defaming her by publishing a statement about her that it knew to be false: that Mrs. Palin was responsible for inciting a mass shooting at a political event in January 2011,” Palin’s suit states.

“Specifically, on June 14, 2017, The Times Editorial Board, which represents the ‘voice’ of The Times, falsely stated as a matter of fact to millions of people that Mrs. Palin incited Jared Loughner’s January 8, 2011, shooting rampage at a political event in Tucson, Arizona, during which he shot nineteen people, severely wounding United States Congresswoman Gabrielle Giffords, and killing six, including Chief U.S. District Court Judge John Roll and a nine-year-old girl.” 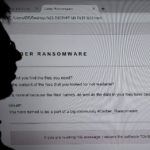 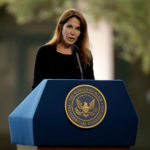 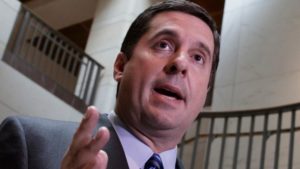 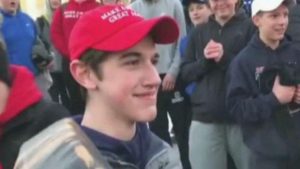 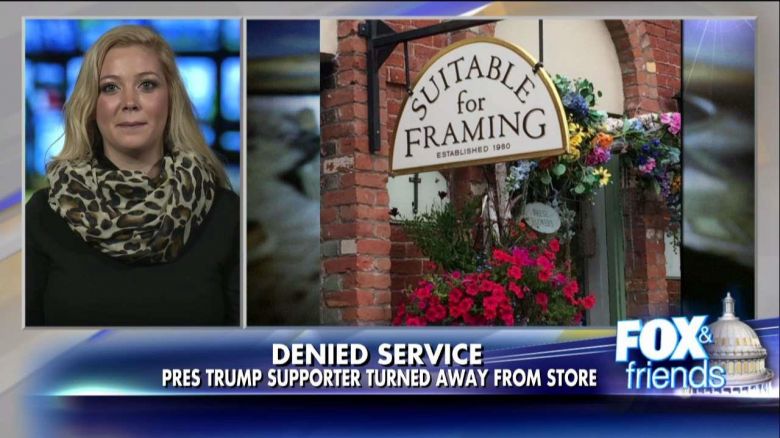 Colorado Business Turned Me Away Because of Trump Support, Woman Says

How can anyone possibly defame Sarah? It must be a joke – after all, she can see Russia from her house in Alaska. Goes goes over to Putin’s house for lunch twice a week. Too bad Sarah doesn’t work on Jobs, the Economy, Infrastructure, Health Care and Education instead of pussy-footing around!!!

The only possible use for the NYT is housebreaking a puppy!

Let us not forget a few little unpublicized facts that Gabby is trying to cover up with all her anti-gun grandstanding.

1) Giffords told her Secret Service detail to “Stand down, these are my people and I don’t need protection.” Had they been on full alert, Loughner wouldn’t have made it past the perimeter of the parking lot. In effect, the deaths and injuries of all those people rest squarely on Giffords and her team. She knows that and continues to deflect, deny, detract and defame to take the attention away from her. (firsthand knowledge)

2) Loughner was well known to the local police as a complete Marxist nutjob who revered Mao and Hitler. He had it all over his MySpace page. I captured some of those pages before they were taken down, so I know this for a fact. He was extremely Left-leaning, yet BSNBC – sorry MSNBC – immediately claimed he was a “Tea Party Extremist.” BTW – this apparently really pissed him off. His REAL aim? He “invented” a new currency and he wanted to gain attention for it. In his sicko mind, shooting up a political parking lot speech would get him a stage to tell the world about his brilliant invention. (Hint – try doing a waybackmachine search on Myspace for his site. It’s probably still there…)

3) It was two legally armed citizens who stopped the bloodbath from being any worse than it was. Both had Conceal Carry permits and were close enough to assess the situation and do something about it. They chose not to shoot Loughner only because there was no clear path. They would have hurt innocent bystanders.

BUT – and this is what I continue to tell anti-gun people: BECAUSE these two guys were well acquainted with guns, they were able to quickly assess the situation and act. This is a classic case in favor of gun training for everyone. And, like all the heroes I know, while everyone else was running away, they were running towards Loughner. For all those wusses who think making someone carry a small magazine (10 rounds or less) would have stopped something like this, it would have made no difference. Loughner was ejecting and reloading rapidly, just like anyone who has practiced can do. Magazine size is immaterial. It was in between one of the ejections/reloads that the heroes grabbed him.

You don’t have to embrace Sarah Palin to agree with her that she was defamed, the NYT is dead wrong. We need to continue to push against this BS Fake news agenda that is coming from our left wing media. Remember – it was either Marx or Lenin who said, “Accuse your enemy of the things you are doing to deflect and put them on the defensive.” Let’s stop playing Defense and start playing Offense.

Sue them out of existence.

Sue them for enough to put them out of business.

Sarah Palin is taking the lead by not allowing the garbage and trash liars in the corporate media to get away in slander and libel. Congratulations Sarah Palin for being the first person to take action against the voice for the one world satanic press liars. Hopefully many more Americans who are being attacked by the evil lying corporate press will follow your lead. You are a real hero!

Sue the NYT into bankruptcy!!

The “Times” ought to be arrested in total for its crimes in print.

And the editors and writers of the article/editorial should serve jail time longer than overnight!

Sad part is the ACLU will fight for them just like anything the libbers come up with .

The ACLU should also be sued for its violations of people’s right to the free exercise of religion under the first amendment. It is about overdue for someone to bring that law suit and to shut their nasty pie holes permanently by having their not-for-profit status removed.

It would take a act of Congress to shut them down and they won’t give up the campaign money ..

Slander is serious especially with someone in Palin’s position. But with all the liberal judges in this country, fulfilling Thomas Jefferson’s warning about their taking over our country who knows.

They will hire the top Liberal Lawyers and drag it out for as long as possible and some will work for free against Palin .She could have been the First Woman President if McCain hadn’t hogged the ticket .

I don’t care for Palin. I did two weeks intensive looking into her, I didn’t know her from what have you when she suddenly became the partner with McCain. Nothing I found on her impressed me. I am for her in this lawsuit but her political career died for a reason. She wanted the limelight since graduating form school and going to college. She should have finished her term as Governor and learned more. She loved the spotlight, the TV Reality shows and even petered out on FOX, her real knowledge base very limited.

But I wish her well in this.

Her quitting had a stinky fish smell to it .Wont argue the rest .

Interesting cause when I have said anything against Palin I have been jumped on like a mouse in a trap with cats surrounding it. She is a good person and a great American just not ready to be president.

The ones that jumped on you did NOT know all the facts about what went on in Alaska . She might not have been ready but would have been better than what we ended up with . I blame McCain for hogging the ticket .

McCain was a traitor and he loved Obama haven’t a clue why he chose Palin. All McCain did was praise Obama for being such a good man. The only voice of reason was Hannity and he exposed Rev. Wright and tried to warn everyone. He was proven right.

Palin needs to age like a fine wine until her cork falls off and she is ready to do Real Politics.

The original story back in 2011 was proven to be nothing but “wishful thinking” by NYT reporter. To bring this BS back up 6 years later is truly “unconscionable” and the NYT needs to be punished “BIG TIME”. When an entity like the media is given the immense power to sway public opinion, it damn well should be open to massive punishment when they violate the trust afforded to them by society.

They are worse than the so called Russian interference when it came to the 2016 election .

I want to know if we the united states try to influence other countries elections. Oh yes let me see I personally took part in the Vietnam election influence, you know the one where we went over to see that they had free and fair elections and about 15 years later they had an election and the president or premier of Vietnam had no trouble winning because he wasn’t opposed because he had his opponent put in prison. Oh is that influencing an election. That is only one example and I assure you there are more.

Yes , Obama sent people to Israel to interfere in the last election .

You want to make a bet on that porkie.

You’d know all about that. DemonRATS are famous for frivolous lawsuits!

“Frivolous” means there is no basis in fact. At no time did Loughner mention Palin, either in his Myspace page or afterwards. In fact, he praised Hitler, Mao, Stalin and the extreme Left. He was a fan of your side of the battle. In court, NYT would have to PROVE that he had accessed Sarah Palin’s website and was following her. The statement by NYT was frivolous, not this lawsuit.

This is a stunning point of view that you have, considering the fact that the recent attempted murders of Congressmen playing softball was directly tied into Sanders and Maddow. The shooter actually said it on his Facebook pages. Loughner did no such thing. A lawsuit by the families of the Congressmen against the aforementioned media would NOT be frivolous. Palin’s lawsuit is not frivolous. In the first case, the link is absolutely there. In the case of the NYT v Palin, there is no clear link at all.

Raymond – you are engaging in GroupThink https://en.wikipedia.org/wiki/Groupthink Take a step back and try thinking for yourself. It’s OK to question and be skeptical, but first start with the information you are receiving from your one-sided pundits.

Nowhere near frivolous, and as for a fine – for what speaking the truth? We haven’t come that far yet buddy, not even under the 8 year rule of O’Drama the Naked Emperor, a.k.a. “The King of Wishful Thinking”, although you can keep dreaming! ROFL

Not only a loser but a sore loser. You are pathetic.

Sue, Sarah, Sue and I hope you win.

I hope she cleans them out and have to go Bankrupt ,to put those loony writers on the street . All republicans that aren’t panties should join in and do the same thing .