Scaramucci: Elements Within Washington and White House Are Trying to ‘Eject’ Trump 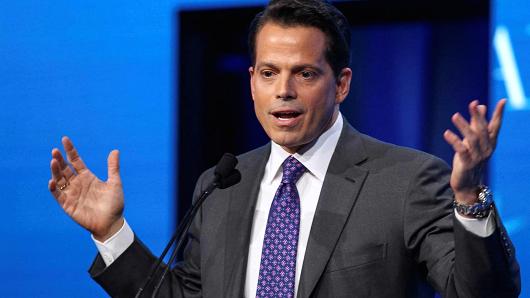 Former White House communications director Anthony Scaramucci said Sunday that there are “elements” in Washington and the White House who are seeking to “eject” President Donald Trump.

Scaramucci. who served less than two weeks before getting fired in the wake of a profanity-laden interview with the New Yorker, appeared on ABC’s “This Week” Sunday for his first interview since his dismissal.

Scaramucci discussed with host George Stephanopoulos the competing elements in the White House and how some people are afraid to tell Trump the truth, as well as the continuing problem of White House leakers.

Stephanopoulos said he felt Scaramucci was describing a “hornet’s nest” of sorts within the Trump administration.