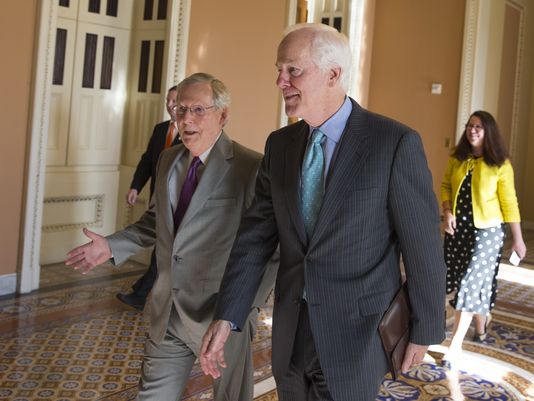 The Senate as expected on Monday rejected four partisan gun measures offered in the wake of the Orlando massacre, including proposals to keep guns out of the hands of people on terror watch lists.

Two Republican proposals would have increased funding for the national background check system and created a judicial review process to keep a person on a terror watch list from buying a gun; two Democratic measures would have expanded background checks to private gun sales and allowed the Justice Department to ban gun sales to suspected terrorists.

The Senate voted down similar bills in December after the shooting rampage in San Bernardino, Calif. With the current party split in the Senate, any successful bid to toughen gun laws would need bipartisan support to get to the 60-vote threshold required. There are 54 Republicans and 46 Democrats and Independents who caucus with them.