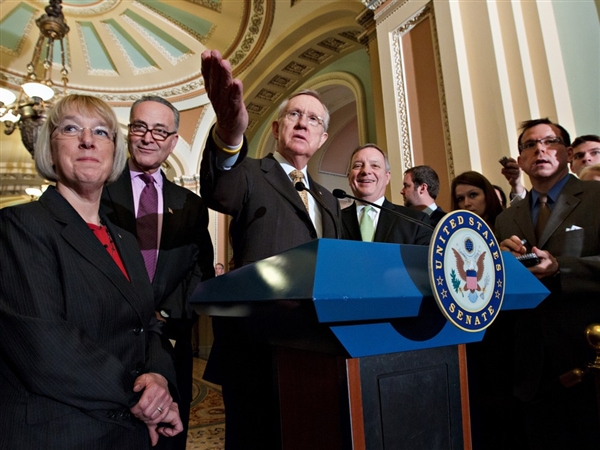 Senate Democrats stuck together on Thursday night to oppose a GOP floor motion that would have required them to rewrite their budget to make it balance.

The motion was defeated on a 46 to 53 vote. Sen. Joe Manchin (D-W.Va.) joined with the united Republican conference to support it.

The motion to recommit was offered by Sen. Jeff Sessions (R-Ala.). It would have sent the budget back to the Budget Committee until Saturday with instructions to make it balance by 2023.

The Senate Democratic budget does not project a balance, despite raising $975 billion in taxes and cutting an equal amount of spending using a baseline favored by Democrats.