Senate Ethics Committee could soon be busy with Franken, Menendez 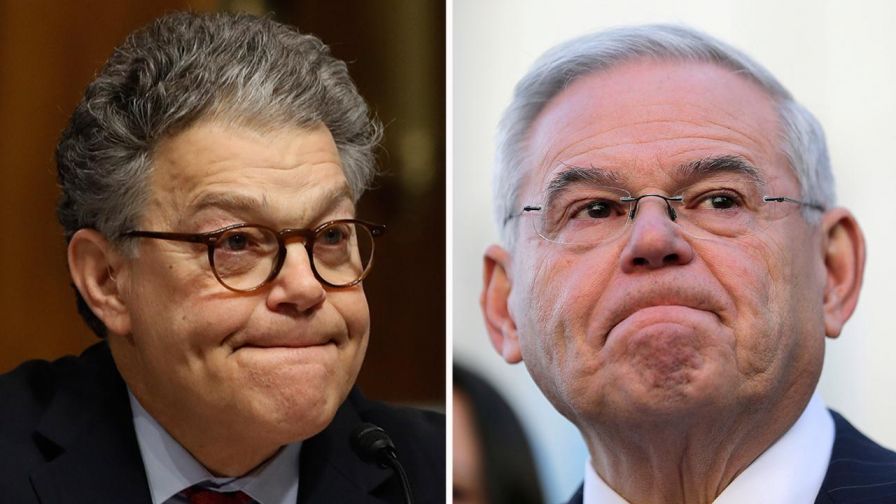 The six-member Senate Ethics Committee could soon be very busy.

One sitting senator was accused this week of sexual misconduct and another’s bribery trial ended in a mistrial. And another potential senator has also been accused of sexually assaulting teenage girls decades ago.

Republicans and Democrats have called on the ethics committee to investigate Sen. Al Franken, D-Minn., after accusations that he inappropriately touched and forcibly kissed a woman came to light. Franken, too, apologized for his actions and called for a probe.

The last time the ethics committee investigated a sitting senator for sexual misconduct was in 1995. Then, the committee unanimously voted to recommend expulsion of Sen. Bob Packwood, R-Ore., but the senator resigned.