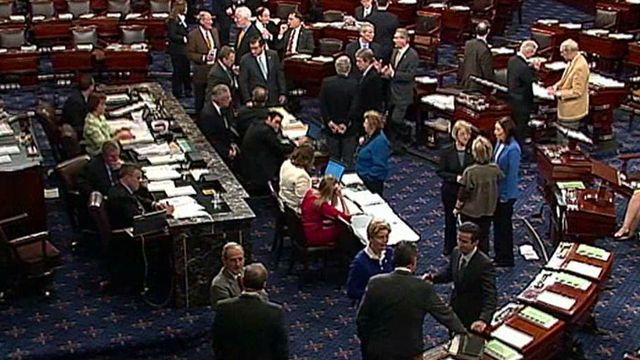 The Senate early Saturday passed its first budget in four years by a vote of 50 to 49.

The close vote was a big victory for Senate Majority Leader Harry Reid (D-Nev.) and Senate Budget Chairwoman Patty Murray (D-Wash.), who had to overcome large differences within their caucus to push the resolution through.

All the Democratic senators who voted “no” are up for reelection in 2014 in states that voted for GOP nominee Mitt Romney.

Democrats had been dogged by criticism for failing to approve a budget resolution since 2009 and the vote removes that GOP talking point from the political scene.

Had the budget failed, it would have been a significant setback for the Democrats and raised questions about the partyâ€™s ability to govern.