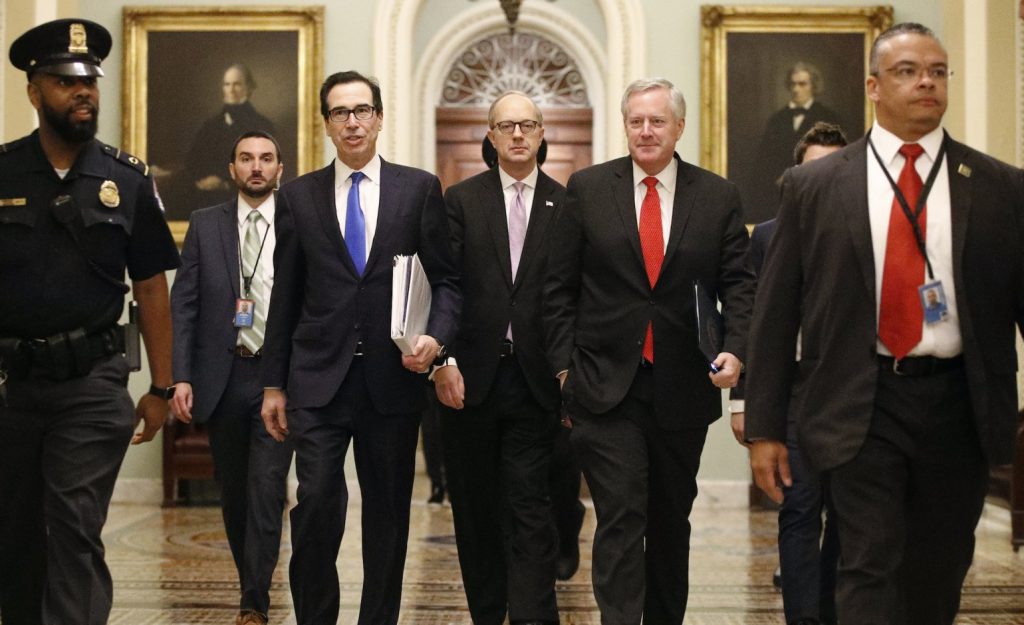 The Senate late Wednesday unanimously passed a $2 trillion coronavirus emergency relief package, sending the measure to the House, where leaders are trying to figure out whether they can clear it for the president’s signature without summoning back all lawmakers for a roll-call vote.

The historic measure mostly earned praise from lawmakers in both parties and their leaders, who said the sweeping bill will address the most serious of the economic and health consequences of the coronavirus outbreak with a huge injection of federal dollars and lending capacity.

House Majority Leader Steny Hoyer, a Maryland Democrat, told lawmakers late Wednesday that the House would pass the measure by voice vote on Friday, which means they would not have to return to Washington. Republicans have apparently lined up their rank and file to agree to the terms. “Members who want to come to the House Floor to debate this bill will be able to do so. In addition, we are working to ensure that those who are unable to return to Washington may express their views on this legislation remotely. My office will send out information tomorrow with those details,” Hoyer said.

Senate leaders and Trump administration officials reached a final deal on the bill at 1:30 a.m. Wednesday after days of bipartisan talks. But a vote was delayed until late the following evening to give lawmakers a chance to read the 800-page bill and to work out last-minute objections.