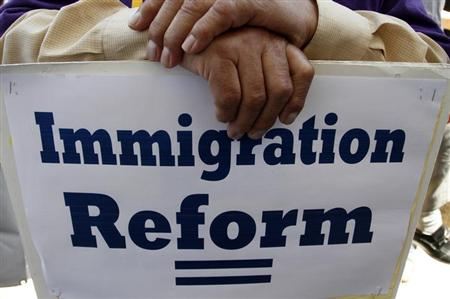 Even with one of the Senateâ€™s strongest opponents to the chamberâ€™s sweeping immigration-reform bill saying Sunday that the legislation will likely pass this week with a resounding 70 votes, Kentucky Republican Sen. Rand Paul predicted the legislation was doomed in the more conservative House.

â€œItâ€™s dead on arrival in the House,â€ said the Tea Party-backed Paul. â€œThe House is much closer to me.â€

Paul made the remarks as Utah Sen. Mike Lee, among the most conservative Senate Republicans, told â€œFox News Sundayâ€ the bill is â€œlikely to passâ€ with as many as 70 votes.

Their remarks comes as the Senate prepares for a preliminary but key vote on the bill Monday night or Tuesday that should result in Senate passage by the Democratic leadershipâ€™s goal of July 4.

President Obama is also hosting a meeting Monday at the White House with eight CEOs, business owners and entrepreneurs to discuss immigration reform, and to push for support of the bill among the business community.